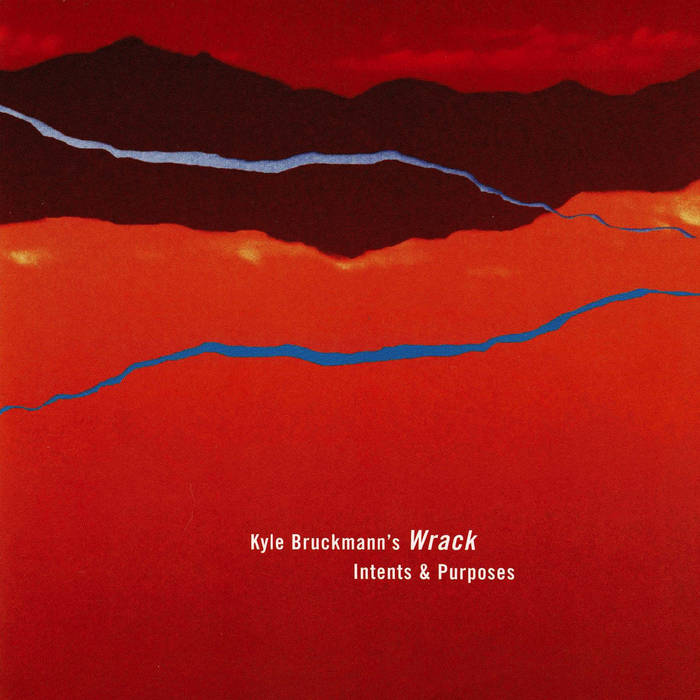 This is one of two watershed albums in my discography now made available on bandcamp for the first time with permission from 482 Music, the intrepid and prescient label that did so much around the turn of the millenium for the Creative Music scene in Chicago and beyond (thank you, Mike Lintner!).

It's the first Wrack outing to welcome onboard Jason Stein and Anton Hatwich, and the first Chicago homecoming album I recorded after moving to the Bay Area in late 2003.

It's ALSO my greatest naming shame: rabid as I was becoming about the legacy of Creative Music during those years, I had somehow missed the existence of the Bill Dixon masterpiece of the same title. I could try to pretend, now that I've set myself straight, that it was named as a fawning homage (despite having remarkably little in common from a compositional standpoint). But it was just sheer, exuberant ignorance. My thanks and apologies, Bill Dixon - rest in power.

"There are echoes of the groups that influenced his development as a composer, from the AACM, in the juxtaposition of through-composed and improvised passages... to the exhilarating urgency of Hal Russell's NRG Ensemble and Flying Luttenbachers in the tight, irregular metrics of "The System Cannot Withstand Close Scrutiny"... Bruckmann's background in classical music manifests itself in the arrangements, which make impressive use of the dark colours of Jen Clare Paulson's viola, and the Bartók-inflected melodic contours, notably on the 14-minute title track. It's a more varied and energetic outing than the group's sober debut on Red Toucan three years ago, thanks in part to the enthusiastic input of newcomers Anton Hatwich and Jason Stein... But there's as much brain as brawn, and Intents & Purposes is dazzling proof that intricately arranged, angular modern jazz can be accessible and enjoyable." — Dan Warburton, The Wire

"Bruckmann effortlessly occupies the space between jazz and classical music, generating movements of somber reflection one minute, turbulent intensity the next. From Morton Feldman-esque minimalism to Charles Ives-like bluster, Wrack has few equals." — Troy Collins, All About Jazz

"Chicago expat Kyle Bruckmann conceived this quintet as a jazz band, but as he writes in the liner notes, "as an oboist I have little choice but to approach jazz tangentially." His classical training makes its presence more strongly felt on the new disc: the rhythms are more complex and less swinging, the counterpoint more rigorous. Trombonist Jeb Bishop has left the group since its self-titled debut, replaced by Jason Stein on bass clarinet, so that Wrack's front line now consists of Bruckmann, Stein, and violist Jen Clare Paulson--and though they all acquit themselves admirably, they're all crowded into the same narrow timbral range, making it harder to appreciate the details in Bruckmann's writing or the nuances in the solos. But the musicians' improvisational skill still comes through, and drummer Tim Daisy gives the dense, asymmetrical compositions a surprisingly springy feel." — Peter Margasak, Chicago Reader

"Some of the seven pieces here are cinematically evocative, but at other times... they can show a surprising boldness. Whatever the intents, it shows Bruckmann to be an interestingly diverse bandleader who’s well worth watching." — Kurt Gottschalk, All About Jazz New York

Bandcamp Daily  your guide to the world of Bandcamp